What is the Difference Between Bitumen, Tar, and Asphalt?

What is the Difference Between Bitumen, Tar, and Asphalt?
2022-11-22    Anant-Premium Petro Products 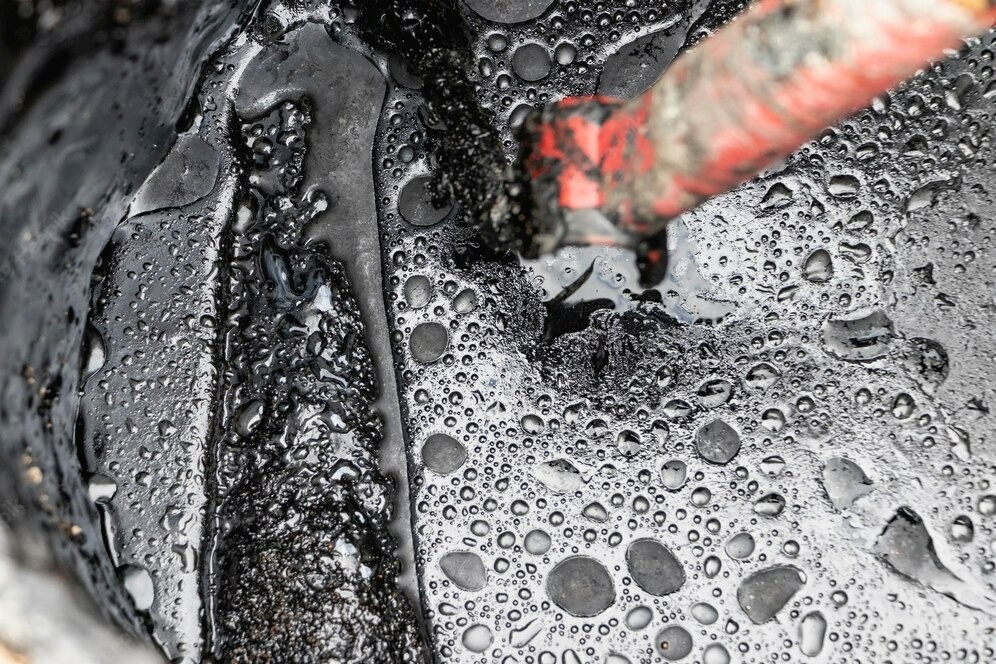 What is the difference between Bitumen, tar, and asphalt?

The distinctions between Bitumen, asphalt and tar are not well-known. These three names can be used interchangeably due to their similarity. They are appropriate for road construction since they are black and sticky. They do, however, have unique characteristics that must be taken into account before use.

The following section provides a thorough overview of each product's description. We go into further detail about the qualities and applications of Bitumen, asphalt, and tar.

A by-product of crude oil is Bitumen. We heat crude oil to temperatures between 300 and 350 degrees Celsius in refineries before passing it through an air distillation column. As a result, lighter crude oil fractions segregate from those that don't boil. The sticky residue left behind by this procedure, which we refer to as the vacuum bottom, is used to make refined Bitumen.

There are more types of Bitumen besides refined Bitumen. The world has used Bitumen from natural sources before processing crude oil. Humans have taken Bitumen from lakes and rocks for thousands of years. They are now referred to as GilSonite or natural Bitumen.

40 to 70 percent of the Bitumen that originates from lakes is pure Bitumen. We boil the Bitumen to remove the impurities and let the water in it entirely evaporate. Rock bitumen, sometimes referred to as oil sands, is a sedimentary deposit with a bitumen content of 5 to 15%. Crushing, heating, and isolating Bitumen from other elements are the primary steps in obtaining Bitumen from rocks.

What different kinds of Bitumen are there?

Bitumen is divided into the following 5 categories:

Bitumen with a penetration grade is categorized according to its degree of hardness. The bitumen grades for penetration include 30/40, 60/70, 80/100, and 100/120. We insert a standard needle into our sample and time how deep it can penetrate in order to distinguish different grades of penetration bitumen.

Viscosity Grade Bitumen: This category of Bitumen is the outcome of an exact classification procedure. We test them and gauge their viscosity after manufacturing Bitumen. The four VG grades offered by this testing system are VG10, VG20, VG30, and VG40. In the viscosity grading method, the harder the Bitumen, the higher the number.

Cutback Bitumen: Bitumen is made into cutback bitumen by adding solvents to reduce its viscosity. In this process, Bitumen is mixed with small volumes of petroleum extracts such as kerosene, naphtha, diesel oil, and furnace oil. Bitumen for cutbacks doesn't require heating.

With one very significant exception, bitumen emulsion is very similar to cutback bitumen. Refinery employees use water, not petroleum additives, to lessen the viscosity of bitumen emulsions. Water evaporates when emulsions are applied to a surface, and the mixture begins to solidify. There is no need to heat the mixture as a result.

We can blow air into Bitumen to create oxidized Bitumen, which increases Bitumen's resistance to temperature. This kind of Bitumen often referred to as blown Bitumen, is perfect for a variety of industrial uses, such as pipe coating, paint, flooring, industrial mastics, and roof insulation.

Bitumen is not commonly used in American English; instead, asphalt (or asphalt cement) is. But outside of the US, asphalt is a combination of Bitumen and sand or gravel. Asphalt is typically used in road building due to its durability and versatility as a pavement.

Bitumen and asphalt have different properties.

These two phrases are synonymous throughout the world. In order to avoid errors, we must be aware that Bitumen is sticky petroleum that works well to bond other materials. Due to its unique adhesive qualities, this substance is perfect for blending with sand to create asphalt. Sands and Bitumen are thus combined to produce asphalt. Asphalt is used to pave roads.

What are asphaltic roads?

It is possible to pave roads entirely with Bitumen in various places of the world. In this technique, Bitumen is laid down first, and then aggregates are added on top. Then, this procedure is repeated to produce a two-coated seal. Bitumen can also be used to cover the gaps between different road layers.

The distinction between tar and Bitumen

A thick, dark liquid called tar is made by distilling coal or wood. We utilize tar because of its exceptional abilities as a sealing and waterproofing agent. Although Bitumen and tar look pretty similar, they have vastly different characteristics. Tar has more carbon than Bitumen, is a better adhesive, and melts at a greater temperature than Bitumen. Tar is rarely used in place of Bitumen while building roads, though.

Tar is used for many different things, such as waterproofing, covering wood, and skin care.